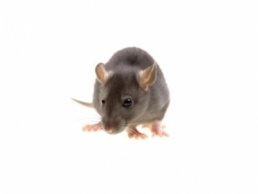 Rats living in your crawl space or walls? Disappearing pet food? Dead rats or rat dropping in your attic? These may well be signs of a rat infestation. Call your local Critter Control office today for effective rodent cleanup, rat removal, and exclusion services.

As large rodents, Norway rats are abundant worldwide and known as especially unfavorable pests. As carriers of disease, rats pose great risks to humans merely by occupying the same areas. In addition to being health hazards, Norway rats damage their surroundings when they collect materials for nests and forage for food.

Distinguishable from other rat pest species by their relatively large size, Norway rats have blunted muzzles, tails shorter than the length of their bodies, small eyes, and plump figures. Also known as brown rats, they typically have coarse brown fur with patches of either black or gray mixed in. Norway rats can grow to about 18 inches (46 cm) long and weigh an average of 1 pound (454 g).

Being highly adaptable, Norway rats inhabit an array of different places from fields and forests to dumpsters and sewers. Since humans provide Norway rats with readily available sources of food and water, as well as suitable shelter, the rodents hold a cosmopolitan distribution and are prominent in major cities with bustling human activity. Adept burrowers, the rats tend to nest underground or in other covered places that offer shelter from predators.

Norway rats often find their way into buildings especially in the fall when outdoor food sources become scarce. Human waste provides them with their favorite dietary items, like meats, grains, fruits, and nuts, so it is not uncommon for the animal to orient themselves around landfills, dumpsters, and trash bins. Though Norway rat infestations are common, humans may not even be aware of the rodents because they are mostly nocturnal.

Spotting rats during the day typically indicates large numbers of the pest are present. Signs of a Norway rat infestation include plentiful droppings, noises like frequent scratching or scampering, burrows near house foundations, and the bodies of deceased rats.

The Damage Norway Rats Cause

In addition to trashing their surroundings, Norway rats bite and scratch when they feel threatened. Since they transmit several serious diseases, Norway rat bites and scratches leave humans susceptible to any number of viruses, including rat-bite fever, jaundice, the plague, and lymphocytic choriomeningitis (LCMV). Such rat-borne diseases are thought to have killed more people in the last thousand years than all of the wars ever fought.

Additionally, Norway rats can also contaminate food and introduce fleas to a home. Finally, as accomplished burrowers, Norway rats damage building foundations and sidewalks, and gnaw on a variety of objects, leaving behind unseemly teeth marks.

Basic sanitation is essential to the prevention of Norway rat infestations. Regularly cleaning buildings, sweeping up crumbs, and mopping liquid spills all reduce the possibility of attracting the rodents. Fitting trash bins with lids, sealing food in rodent-proof containers, removing clutter from basements and attics, sealing any holes in building foundations, and replacing broken window screens helps ward off Norway rats, as well.

They are also often drawn to piles of wood, so homeowners should keep firewood stored well away from the structure and remove debris piles to reduce nesting spots.

Once infestations are established, property owners should act swiftly to remove populations as Norway rats multiply quickly. Contacting pest control professionals ensures the rodents are eliminated in ways that are safe for both the animals and the people involved.

Our trained Critter Control technicians have the necessary tools to eradicate Norway Rats and are simply a phone call away. It’s also important to occasionally have your home inspected for signs of a Norway rat infestation, including rodent droppings, gnaw marks, damaged goods, and greasy rub marks caused by their oily fur.

We can help you get rid of Norway rat problems.