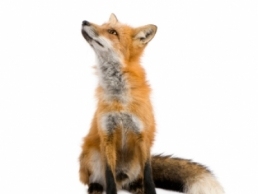 Fox in the henhouse? Fox in your yard? We trap and remove fox. Call your local Critter Control office today for effective fox removal and exclusion services.

There are two species of fox in Massachusetts, the red fox, and the less common gray fox. Along with the coyote, foxes are members of the family Canidae, and their appearance is very similar to that of domestic dogs and coyotes. Red and gray foxes have adapted to human civilization over time, and will even den in suburban back yards.

The red fox is the most widespread carnivore species in the world ranging across the entire Northern Hemisphere. They measure about 35 to 40 inches from the tip of their nose to the tip of their tail. Adults typically weigh 7 to 15 pounds but may appear heavier. They are recognized by their reddish coat and black “leg-stockings.”

The gray fox is often confused with the red fox because of the rusty-red fur on its ears, ruff, and neck. The overall coloration is gray, with the darkest color extending in a stripe along the top of the back down to the end of the tail. The belly, throat, and chest are whitish. They measure about 31 to 44 inches in total length and weigh 7 to 13 pounds.

Red foxes can be found in a variety of habitat types, but prefer areas where different habitats—forests, fields, orchards, and brushlands—blend together. Gray foxes also prefer a landscape mosaic but will thrive in dense northern hardwood and mixed forests where they often inhabit thickets and swamps. Foxes typically use the transitional areas between habitat types for most of their activities.

Red foxes are most likely to be found in urban areas. As they are nocturnal, foxes leave behind tracks or damage as an indication of their presence and are rarely spotted by humans. Typically, the animals are lured onto private property by available food sources. Foxes hold varied and omnivorous diets and are prone to scavenging in trash bins.

What Type of Damage Can Foxes Cause

As predators, foxes are notorious for killing entire populations of chickens. In attempts to store food for later consumption, they often kill more livestock than necessary. Foxes who are found in urban environments may destroy private property and ransack unsecured garbage containers. As rabies is prevalent in fox populations, extreme precautions should be taken when an animal as such behaves erratically and aggressively. Coming into contact with fox feces can transmit additional diseases, as well.

Due to their cunning nature, foxes are difficult to control. The most effective exclusion methods include erecting fences and eliminating potential food sources. However, these practices can be costly and do not always work.

Despite their charming appearances and playful behaviors, foxes bite when they are cornered. As such, individuals should never approach these wild animals. Critter Control specialists have extensive knowledge of pest removal and the experience to safely navigate removal. Our trained technicians make sure eradication is humane.

We can help you get rid of fox problems!