7 Bat Facts Every Homeowner Should Know 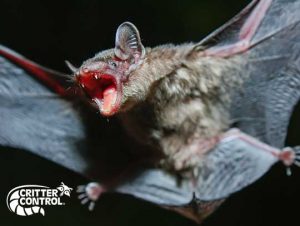 As both mainstays of Halloween iconography and inspiration for beloved comic book characters, bats are revered for so many reasons. Unfortunately, bats are also often stigmatized by myths and misconceptions. Because of this, many have difficulty separating fact from fiction regarding these incredibly fascinating creatures. To better understand the bats local to the Boston area, here are seven bat facts that every homeowner should know.

However, should a colony of bats take up residence in your Boston area property, they can cause damages, contamination, and disturbances that will require removal. Such handling should only be conducted by professionals who understand the proper ways to remove bats safely, humanely, and legally from your property.

No matter how important to our ecosystem these creatures may be, bats do not belong in our homes. Often small in size, bats can easily fit into small openings on your roofing, like through torn shingles or uncapped chimneys. When this happens, no amount of bat facts will help you remove them. Instead, you should call the bat removal professionals at Critter Control® of Boston for swift and safe removal services.

Our licensed and trained wildlife technicians are well-versed in the legal regulations surrounding bat removal. Not only can you rely on us to take care of your existing bat problem efficiently and effectively, but we will implement safeguards to prevent one from ever happening again.

For more information on our bat removal services or to schedule an inspection of your Boston-area property, call us at 617-975-0440 today.